This paper explores the potentiality of GIS-based Multi-Criteria Decision Analysis (MCDA) and Analytical Hierarchy Process (AHP) for gully vulnerability mapping. Multilayer information of basin characteristics, such as drainage density, Topographic Wetness Index (TWI), Stream Power Index (SPI), slope aspect and land use land cover (LULC), were used in this study to develop a Gully Vulnerability Index (GVI). A weighted approach was implemented on each criterion relative to their inferred influence on gully vulnerability and validated by determining the Consistency Ratio (CR). Findings show a varying magnitude of gully vulnerability across the study area. The low to medium gully vulnerability class was dominant covering a land area of 6557ha (21.25%), and mostly confined to developed areas. Still, it is noteworthy to observe that the severe gully vulnerability class covers a substantial land area of 5825ha (18.88%), which presents a great risk to infrastructural development and human settlements in the study area. The study has a model predictive capability with accuracy rate of 84.62%. The integration of the MCDA and AHP into GIS workflow is an effective approach critical to minimize the limitations associated with gully occurrence analysis, using a singular basin characteristic. The results obtained in the study will equally be important in determining gully risk zones, circumspect urban development, tracking and proper infrastructure construction plans for long-term gully disaster mitigation.

Groundwater is one of the significant sources of drinking water in the world. To protect groundwater quality for domestic consumption, it is important to undertake a periodic investigation of its quality to improve the healthy living of the ever-increasing population. In this paper, we have analyzed physical and chemical (physicochemical) concentration levels in groundwater samples collected from twenty-eight sampling locations during the raining season in Gwale, Northwest Nigeria. About fifteen physicochemical parameters such as electric conductivity (EC), turbidity (Turb), pH,  temperature (Temp), nitrate (NO3), phosphate (PO4), total dissolved solid (TDS), chloride (Cl), sulphate (SO4), calcium (Ca), magnesium (mg), sodium (Na), total hardness (TH), iron (Fe) and alkalinity (Alk) were analyzed. The concentrations levels of groundwater parameters in each sampling location were compared with the permissible limits of drinking water qualities specified by the Nigerian Industrial Standard (NIS) to determine the suitability of drinking water in the study area. Karl Pearson’s coefficient of correlation was applied to the groundwater dataset to identify the influence of each physicochemical parameter to the groundwater contamination. Also, hierarchical cluster analysis was used to classify the groundwater samples based on contamination density as well as to identify the sources of water contamination. The results from correlation analysis revealed that EC, TDS, Ca, TH, Mg, SO4, Na and Cl were influenced the water contamination in many of the study locations based on the conventional significance levels (1% and 5%). From the results of cluster analysis, three statistically significant groups (cluster 1, cluster 2 and cluster 3) were formed which were defined as lower contaminated areas, moderately contaminated areas and higher contaminated areas, respectively. The contamination levels identified in the three clusters were attributed to anthropogenic and industrial activities in the raining season. Therefore, groundwater from cluster 3 (Salanta, Hauren makaranta, Dandago, Mandawari and Magashi) are found unsuitable for drinking. This study is useful in monitoring groundwater quality and could be applied in any other location.

Unmanned Aerial System (UAS) is an efficient tool to bridge the gap between high expensive satellite remote sensing, manned aerial surveys, and labors time consuming conventional fieldwork techniques of data collection. UAS can provide spatial data at very fine (up to a few mm) and desirable temporal resolution. Several studies have used vegetation indices (VIs) calculated from UAS based on optical- and MSS-datasets to model the biophysical parameters of the Earth surface. They have used different techniques of estimations, predictions and classifications. However, these results vary according to used datasets and techniques and appear very site-specific. These existing approaches aren’t optimal and applicable for all cases and need to be tested according to sensor category and different geophysical environmental conditions for global applications. UAS remote sensing is a challenging and interesting area of research for sustainable land management.

Most of the people infected in Morocco are triggered by the outbreak of COVID-19. The number of affected cases is currently rising day by day. As of July 16th, 2020, In Morocco, 15,165 cases were tested positive for COVID-19, including 239 deaths and 11,417 patients cured  the highest number of Corona virus cases reported as Ministry of Health Department in Morocco. The COVID-19 virus threatens the health, economy, development and social life of individuals. The city needs to be conscious of the fight against this epidemic. GIS technology has played an important role in many aspects, including geospatial perception, geostatistical simulation and spatial knowledge enabling decision-making, mitigation and prediction including COVID-19. GIS has evolved reasonably rapidly and has a full technical route for data processing, modeling and map creation. However, in the battle against the popular endemic, the key challenge is to find ways of controlling conventional technological methods and to increase the quality and accuracy of the knowledge provided for social management. As a consequence, IDW and computational approaches are used to forecast potential cases in the region. Prediction of different parameters existing confirmed events, death and recovery of COVID-19. See reports have been used to take proactive measures in order to penetrate regions. The suggested method of understanding is effective within a certain context and would be a valuable tool for both governments and health authorities.

From the beginning of the twentieth century, topographic maps for the Libyan state carried out by various compilers, where the first mapping was carried out by the Italian Military Geographical Institute, the Soviet Union Military, and the U.S. Army, followed by mapping carried out by the Libyan state from the 1950s to the 2000s. Most of these maps have not been digitized and updated using the techniques of geographic information systems and remote sensing. This paper discusses on the objectives, methodology and results of the Libya Topography Project, “Libya Topo” for updating the previously compiled topographical map at scale, 1:250000. Open spatial data from different platforms (OSM, Logistics Cluster, Landsat 8 satellite imagery, and SRTM data, etc.). Also, POIs extracted from previously compiled topographic and geological maps. Spatial database for each UTM zone created to store the features and raster. As for the cartographic style, the map layout adopted is the style of the U.S. Defense Mapping Agency maps. The results of the project are an update of 121 topographical map sheets using Quantum (GIS), those will be freely available for the interested users on request (e.g., environmentalists, academics, and university students, etc.). 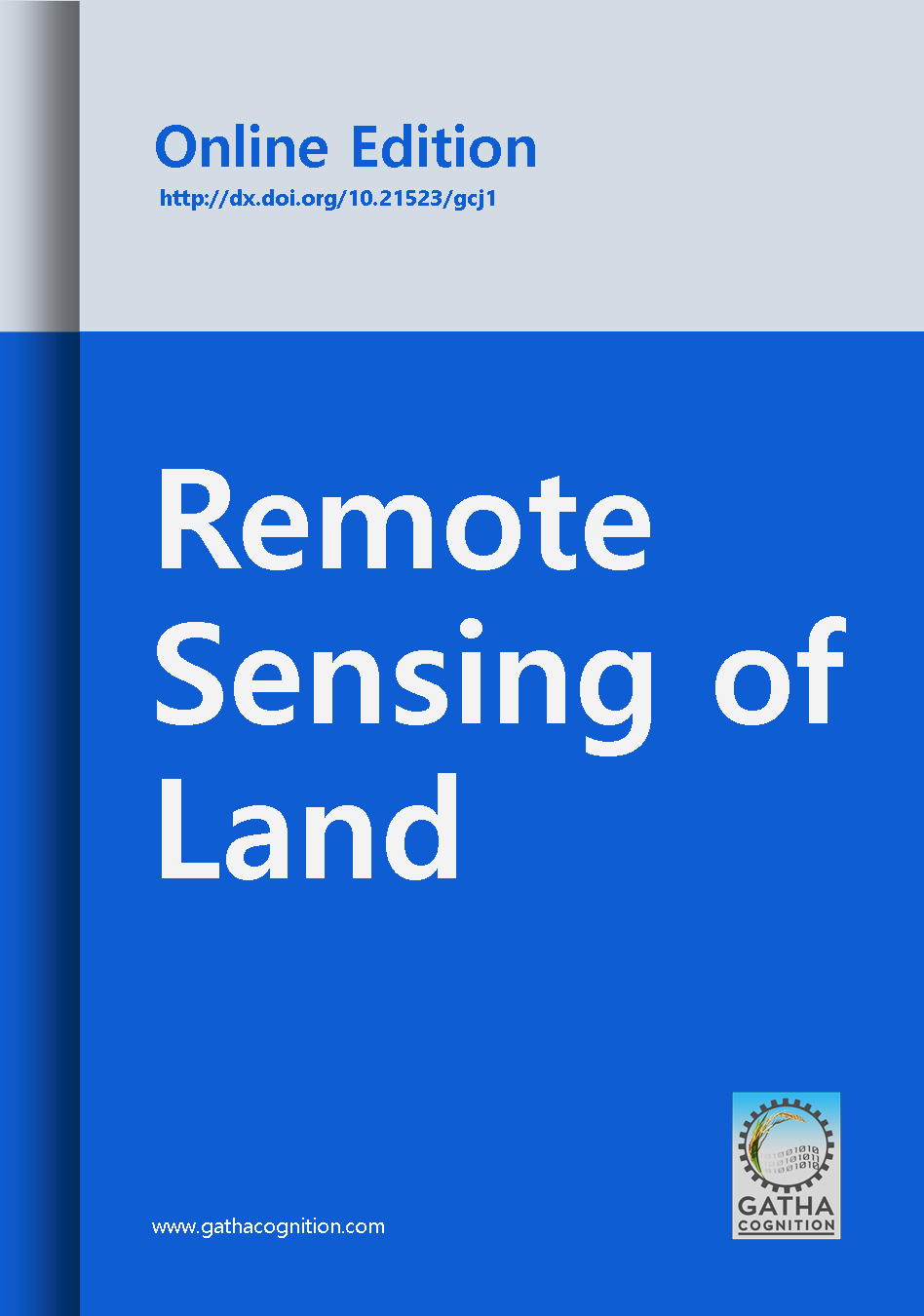 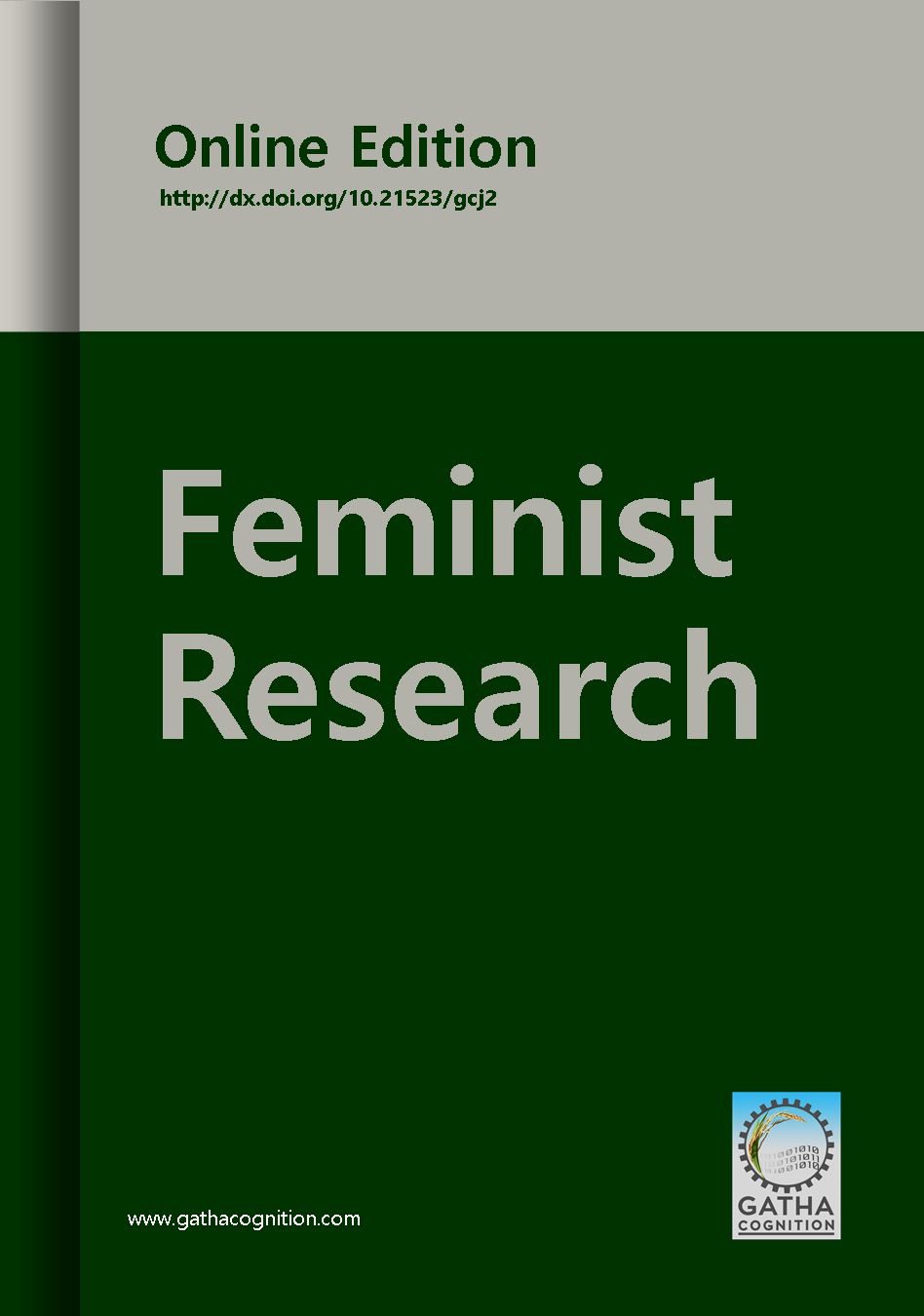 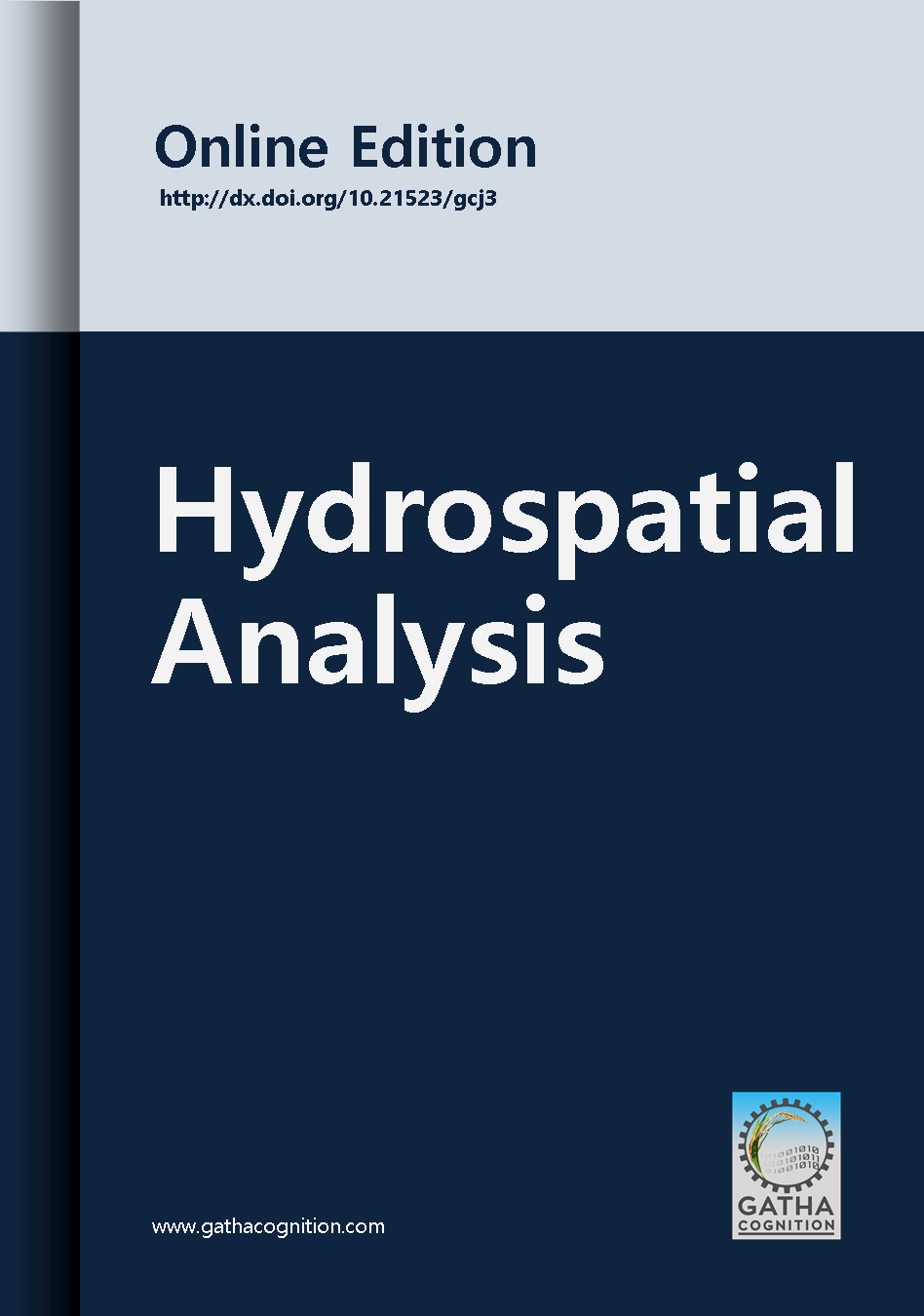 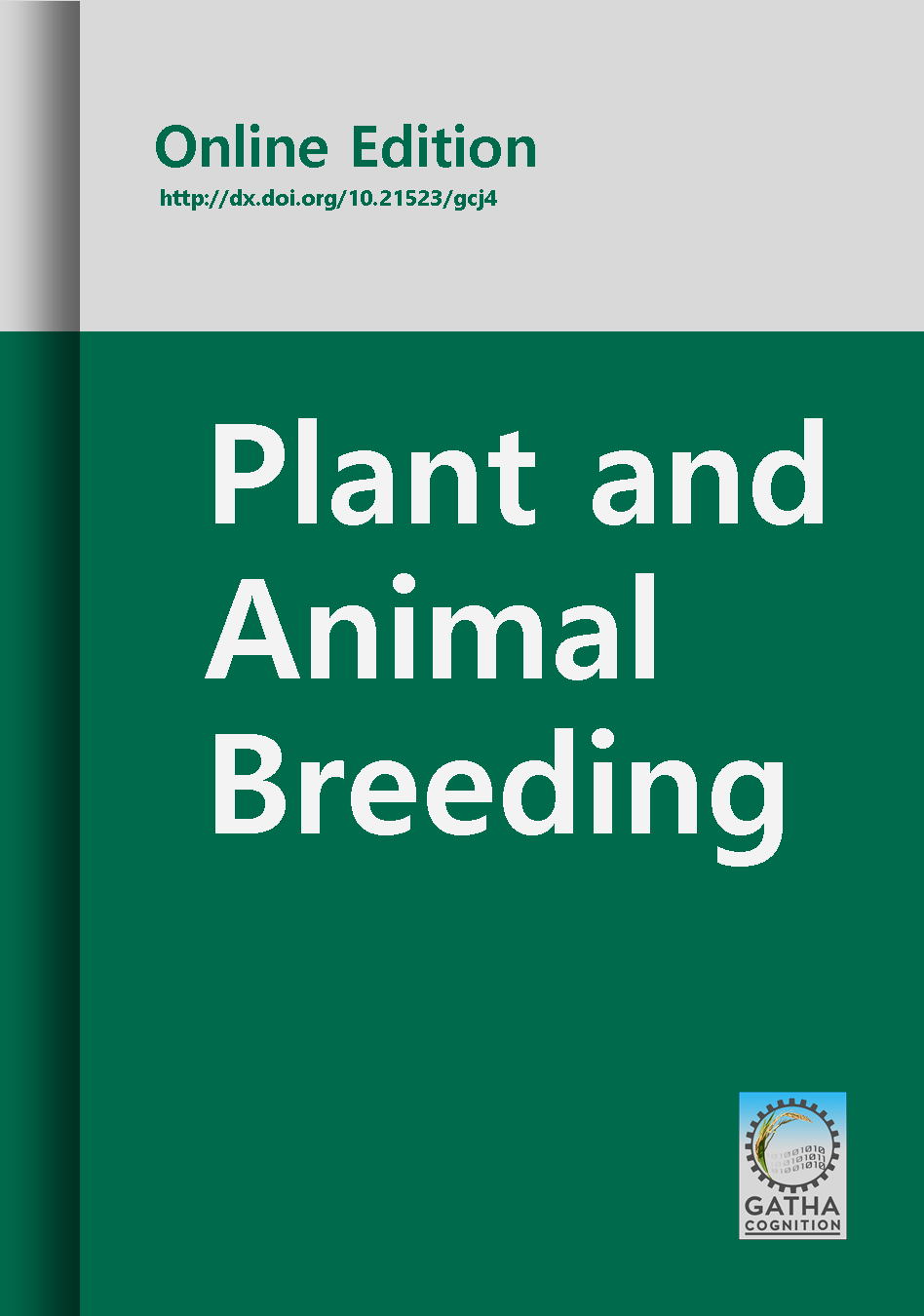 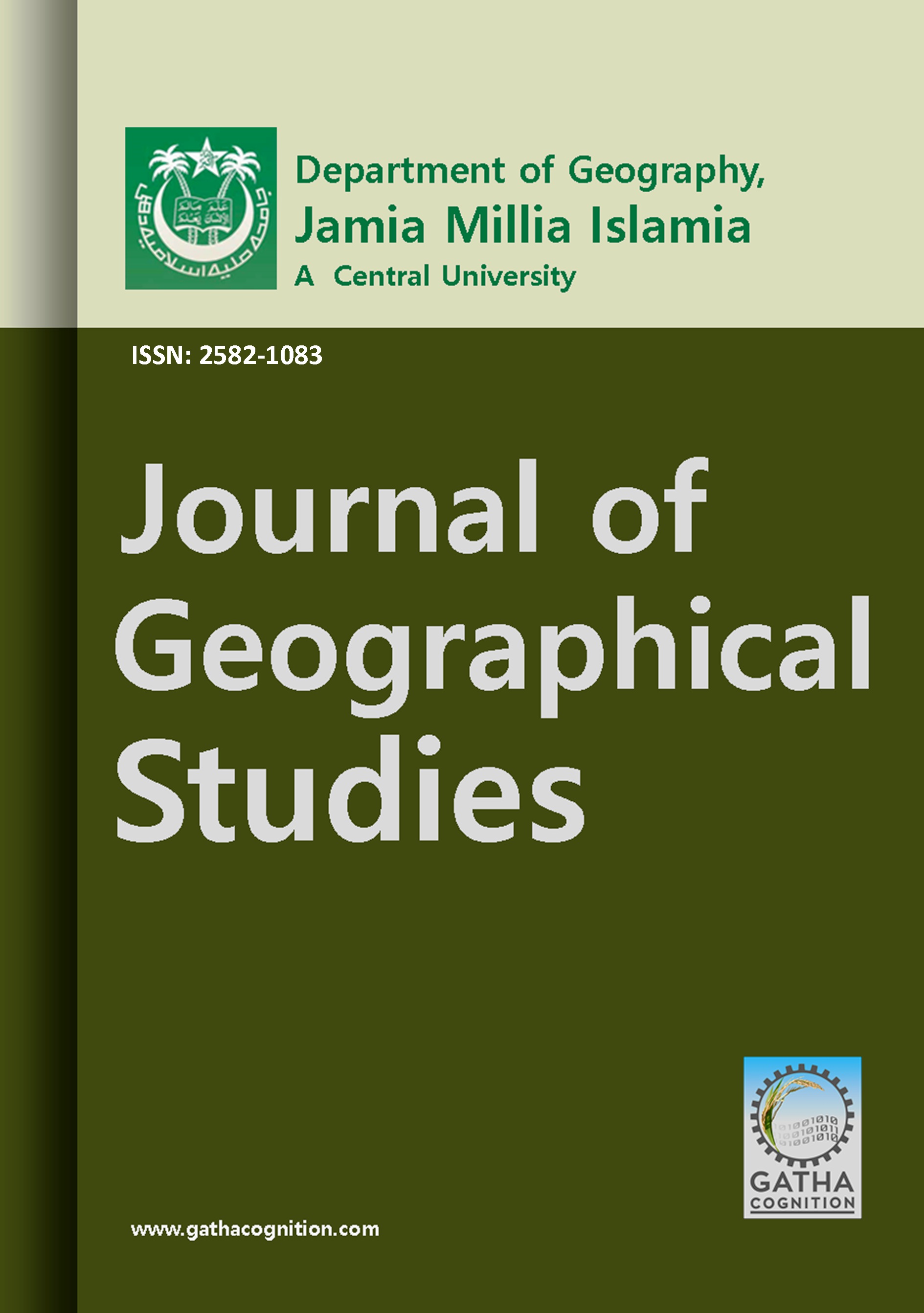 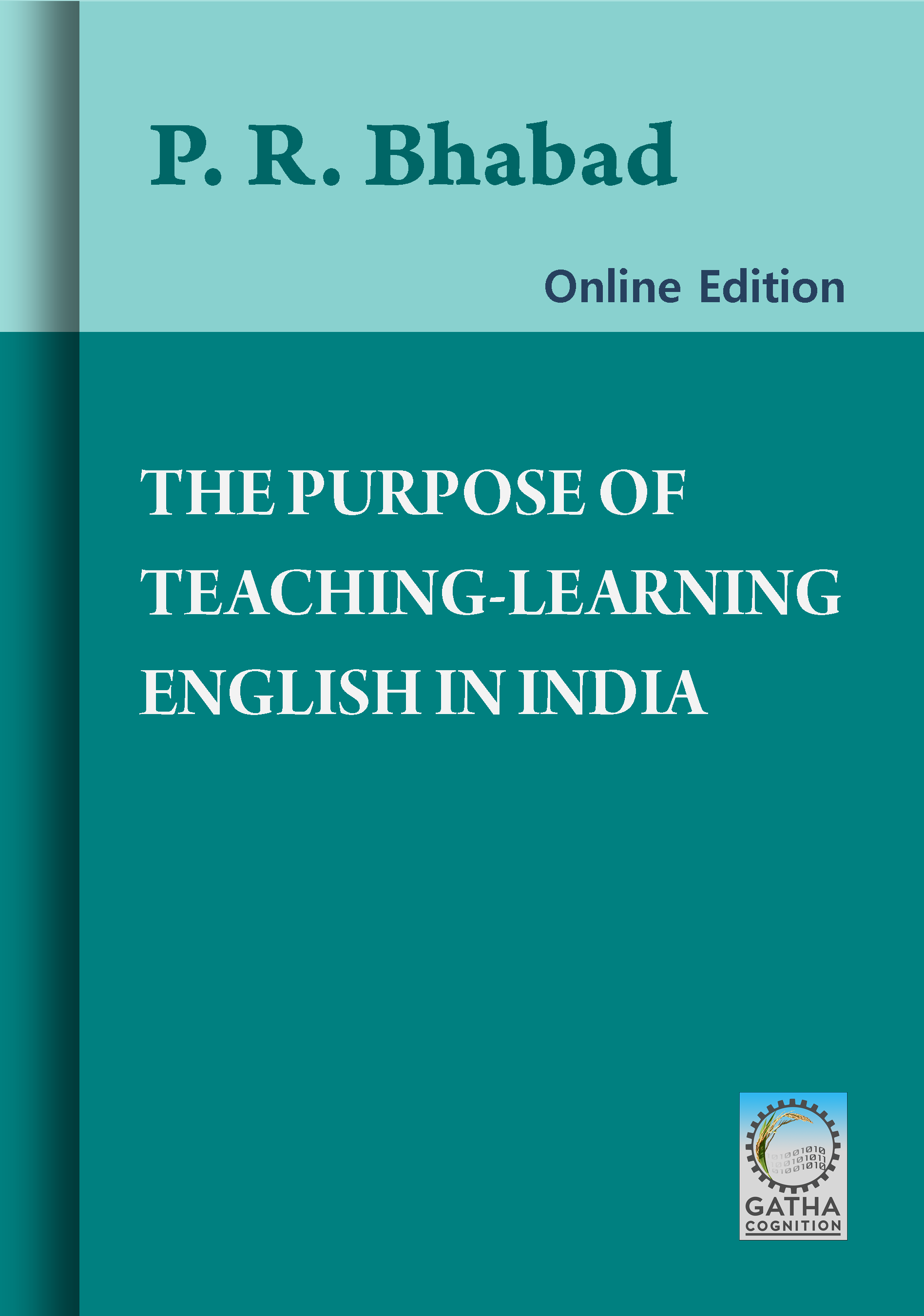 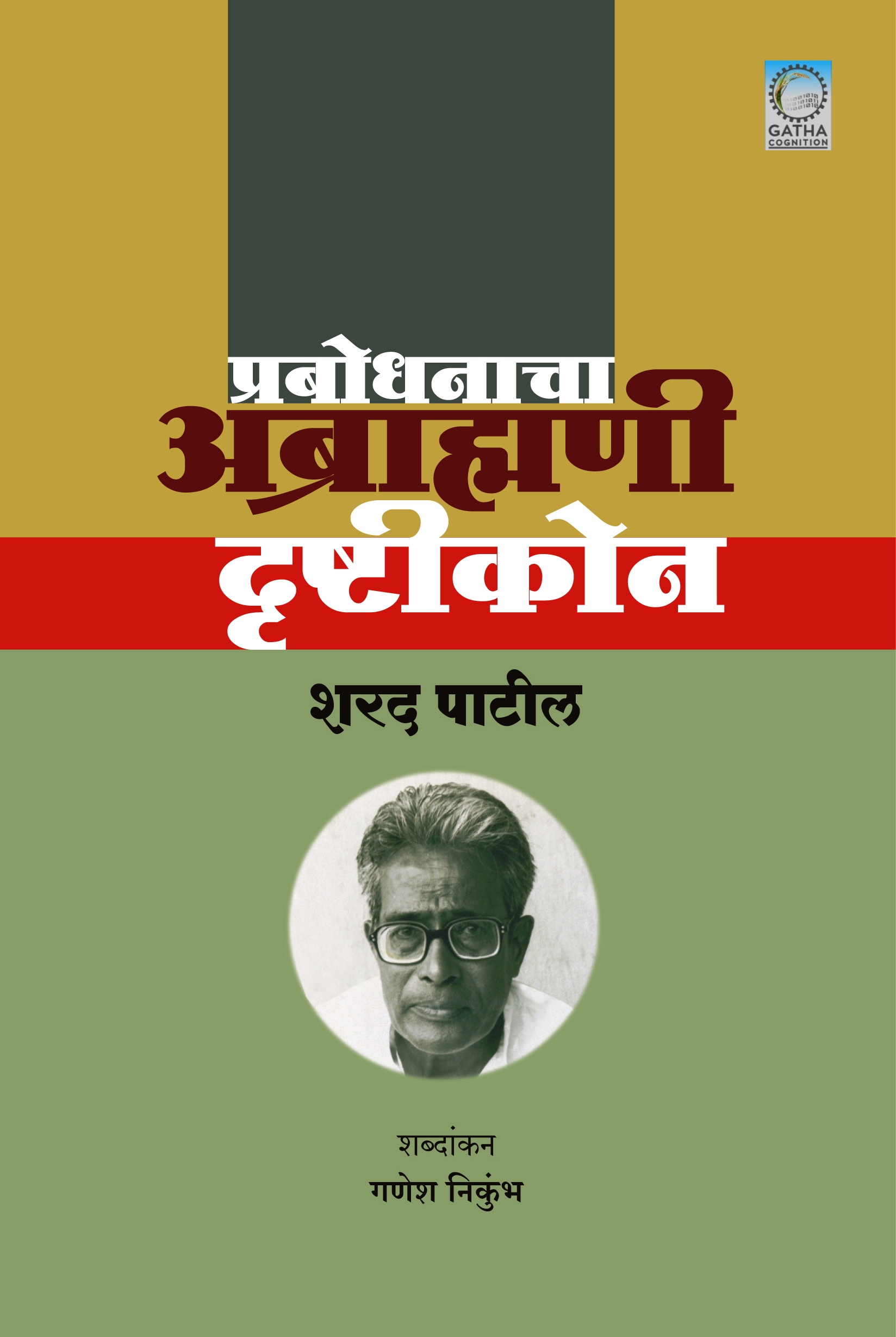 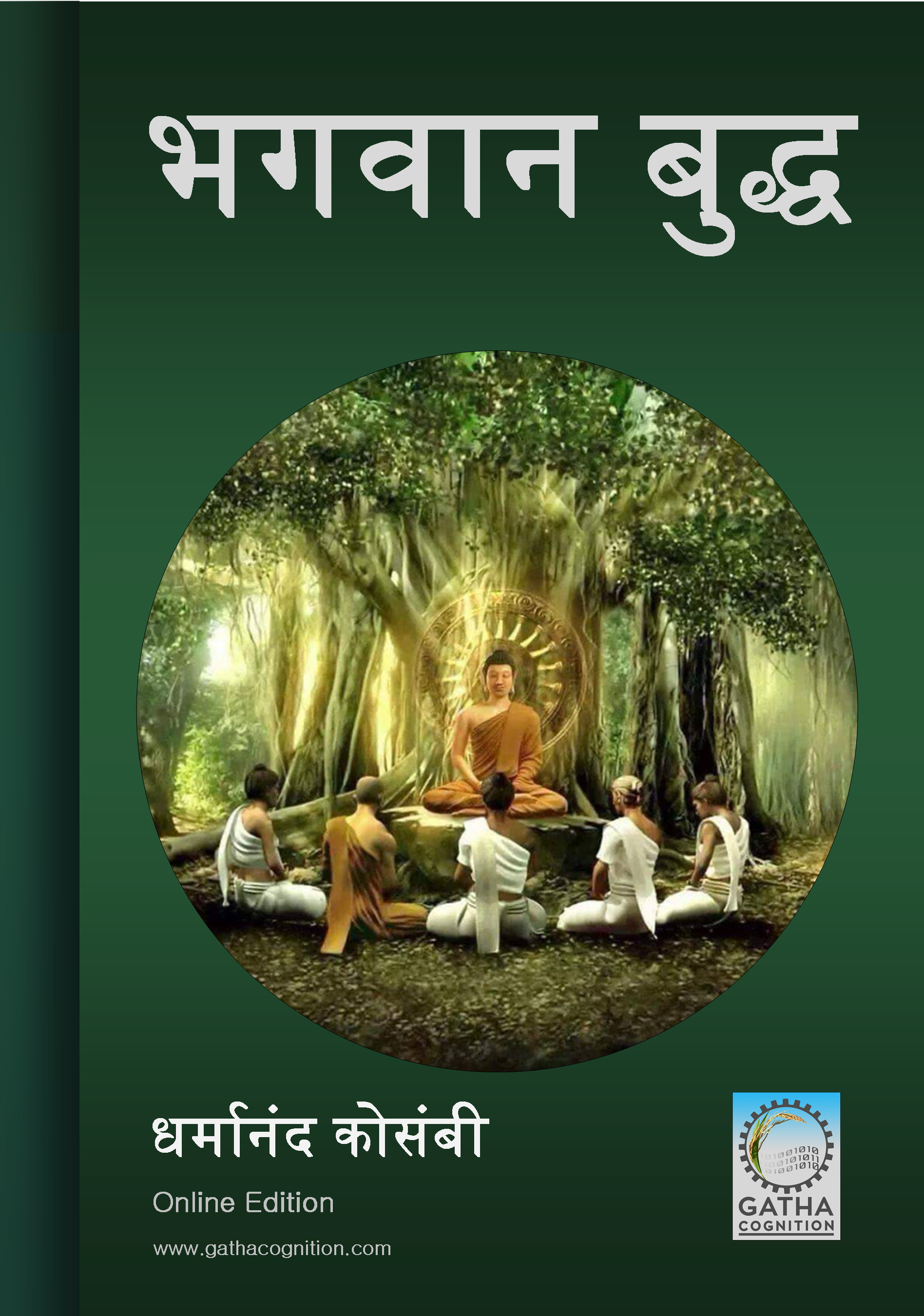 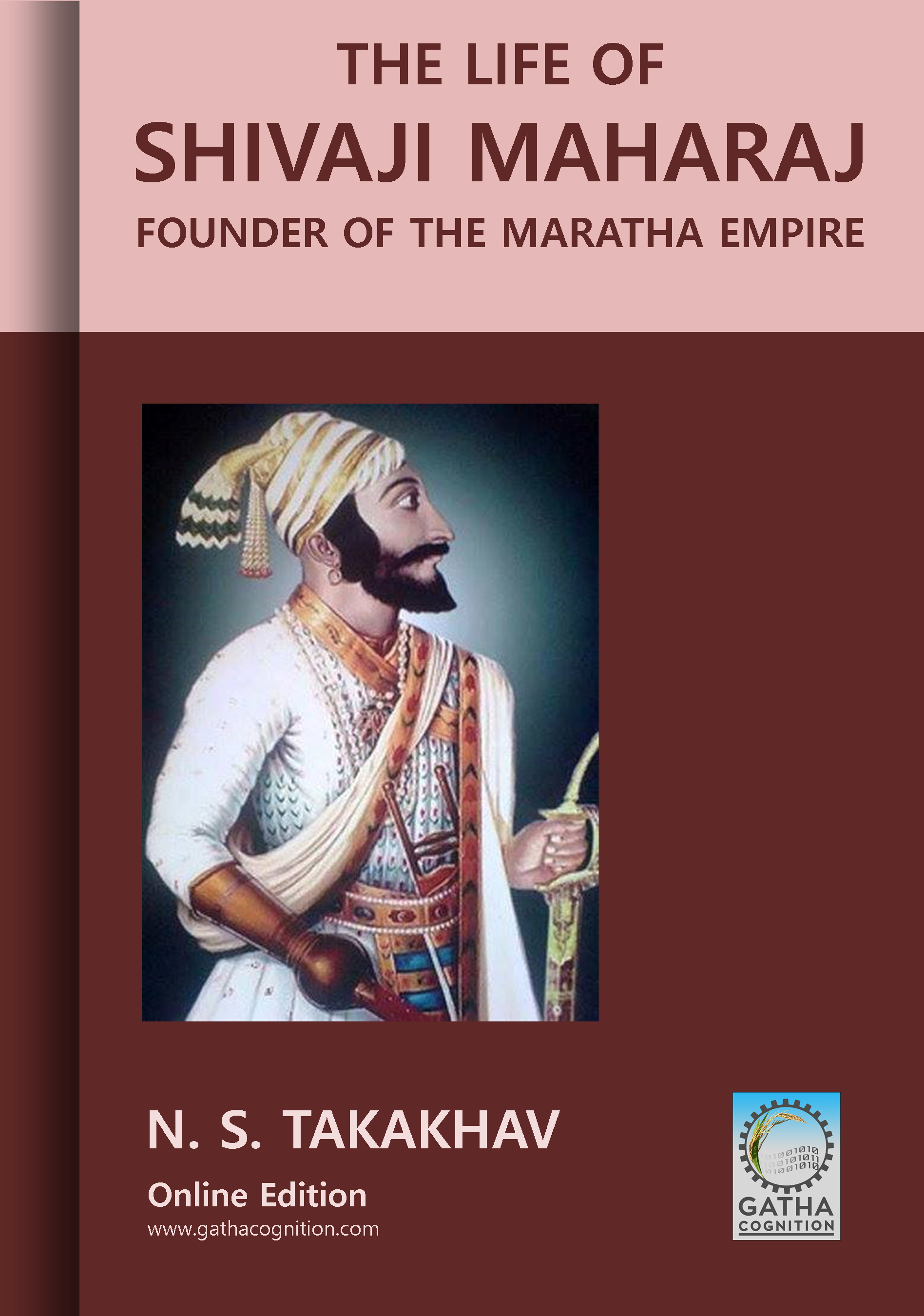 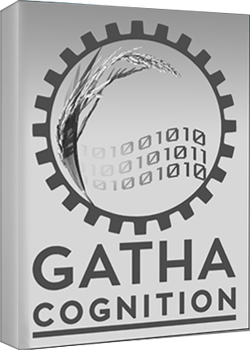 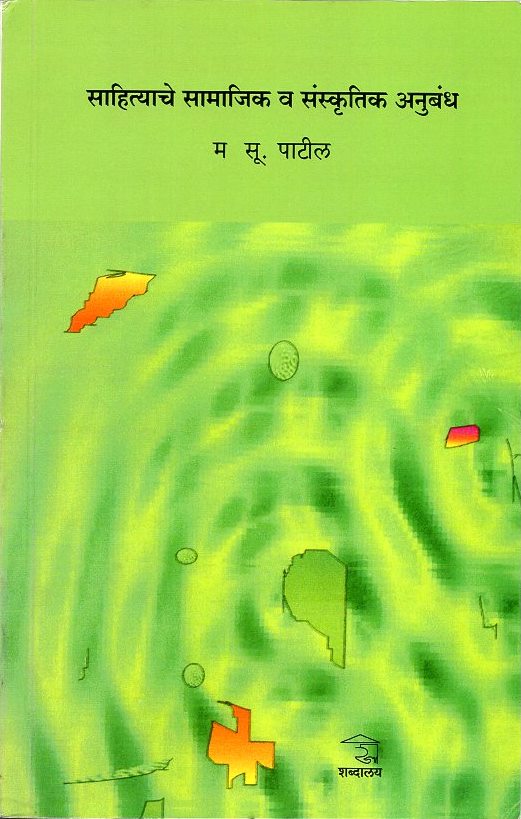 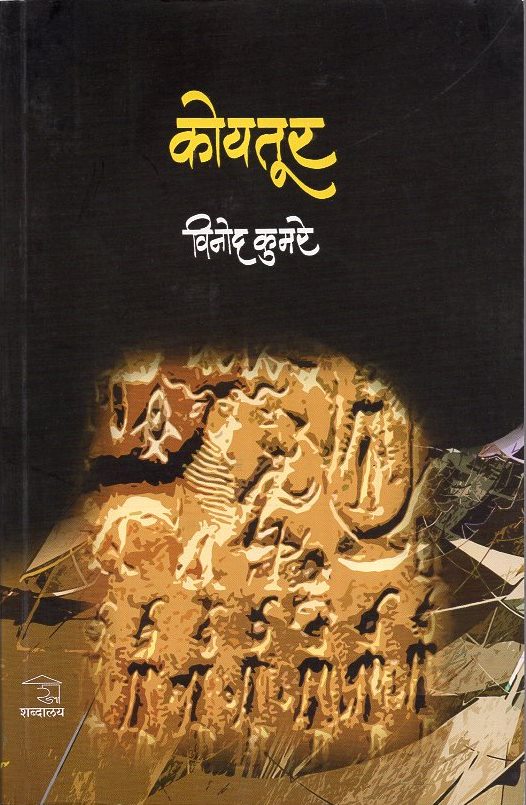 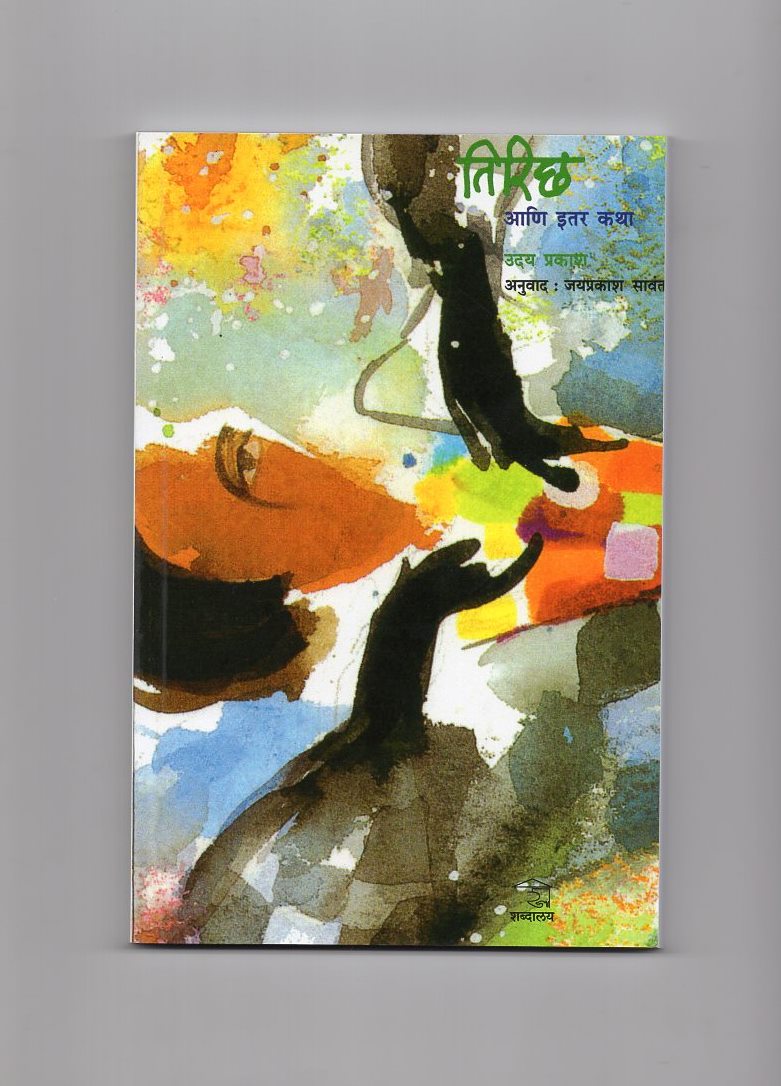 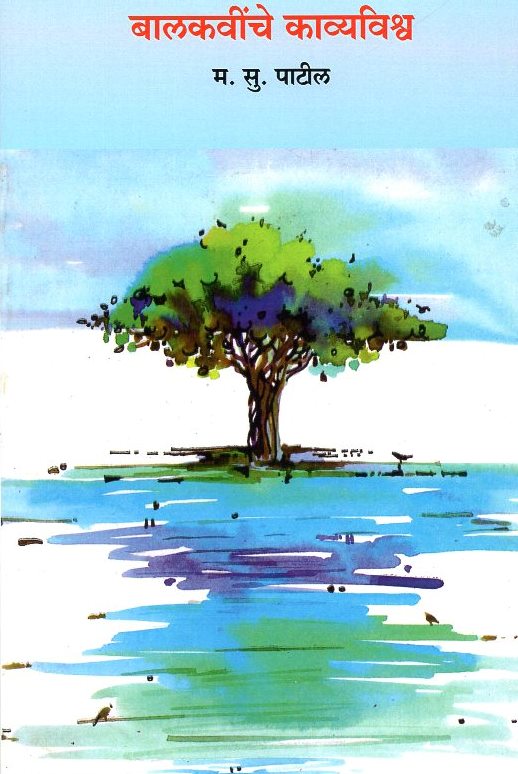